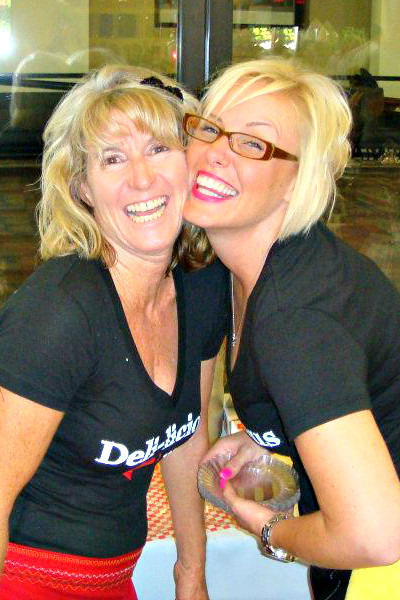 Wendell Ruskin Adams was the proud father of Tracey, Robin, Shannon & Wende. His love of cooking was proudly embraced by all four of his daughters, but it was Tracey and Wende who wanted to take their inherited love of cooking and honor their dad by continuing his dream by building Deli-Licious.

in Huntington Beach and during the first year in business (which is normally the ‘telling’ year of success or failure), Deli-Licious proved to be totally and completely a SUCCESS! 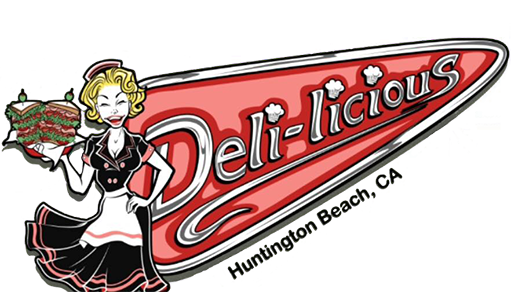 Now more than five years later, we’re thrilled to have grown and expanded into the adjacent space, which allows for on-site parties and to hold our ever-increasing group of Deli-licious fans for breakfast, lunch and dinner seven days a week. Orange Coast Magazine even named us the #2 Deli in Orange County and featured Wende and our famous Michelle’s Turkey sandwich in the spread!

We’re sure Wendell’s looking down on Tracey, Wende and the ‘Deli-Licious’ team with a smile on his face, a drink in his hand, toasting every client who walks through the doors.

We give our sincere gratitude to each of our incredible customers, our “on-the-spot vendors”, our incredible family members and our plethora of awesome friends. We’re excited to continue to give back and support our community through local Huntington Beach events, like Relay for Life, Taste of Huntington Beach, culinary events at local colleges and more.

in Huntington Beach and during the first year in business (which is normally the ‘telling’ year of success or failure), Deli-Licious proved to be totally and completely a SUCCESS!

We’re very PROUD of everything we’ve accomplished at Deli-Licious and hope you’ll take time to come in, visit with us and eat some of our delicious food.

We’d love to see you! Oh! We also take phone orders for take-out and do a LOT of catering. Give us a try, please…we’ll make you happy you found us!